So we’ve arrived in Turkey, the boarder crossing itself was, all things considered relatively painless! The old green mamba actually pulled up its socks and got me through for free whilst Bruce with his fancy British passport had to fork out 20 bucks. It might not seem like much but us with South African passports have to celebrate the victories where we can, no matter how small they may be.

Getting in was a little bit of an adventure in itself as with a population hovering around the 20 million mark, traffic to put it lightly, is abysmal! I think we did the 200 odd kms from the border in less time than it took to do the 30km through Istanbul. It’s a riot of hooting taxis, cars and manic busses all with somewhere to be and not worrying in the slightest who they have to barge out the way to get there… For two blokes coming from a very civilised Europe just beginning to get comfortable in the saddle of a motorcycle it was all a bit much! But with a couple of new scrapes on the panniers we made it in and now 5 days on we’re driving like the locals, weaving like the best of them.

Across that bridge lies Asia

Why we are still in Istanbul after 5 days and haven’t moved on you ask? One word. Visas. We’re currently having a bit of a nightmare with the Chinese visa. Bureaucracy at its best means the passports have had to be sent home to SA and London and we’re left to twiddle our thumbs in Istanbul. Well not exactly twiddle our thumbs, there’s been bikes to service and sights to see. There’s not many cities in the world that can rival Istanbul in history. Layers upon layers of it!

The Sultan Ahmed Mosque, commonly refered to as the Blue Mosque. One of only 2 in all of Turkey to have 6 minarets

It may sound strange but it many respects this city of millions feels empty, at least around where we’re staying which is the tourist hub. With all the troubles recently there is little to no tourism, which in some respects is great for us. To be able to wonder into the Hagia Sofia on a whim without a queue and stroll the ancient Roman cisterns without having to elbow our way through is amazing!

On the other side however you can see the damage it’s causing, there’s not a restaurant we walk past that doesn’t try and drag us in due to their dire need for patronage. We walk the streets with a massive dollar sign above our heads and so we’ve started venturing out, away from the tourist centres and into true Istanbul. Following the tide of humanity, moving with it in its shifting rhythms, sometimes following it, sometimes ducking down an alley in the hopes of escaping it but always finding the eddies, the places were locals congregate, and there we sit, we drink coffee, and we watch.. For me this is the only true way to get a feel for a place. After a while the buildings and monuments, incredible as they may be become just another building, but the people, the people always have a story to tell.

We could have watched these men for hours as they fished the Bosphorous with smiles and laughs and the trusty aid of their a grand daughter.

In other news. Bruce, I’m afraid to say, has shaved that gorgeous creature that lived upon his upper lip off. Commonly referred to as a moustache. A sad day I know.. between that and my fancy new Turkish haircut we are almost looking respectable. We’ve even done some laundry and the bikes, the bikes have just been serviced and cleaned. It looks like we’ll be leaving Istanbul all shiny..

Picking the bikes up after their 10000km service. With some fancy new, more off-road inclined tyres. 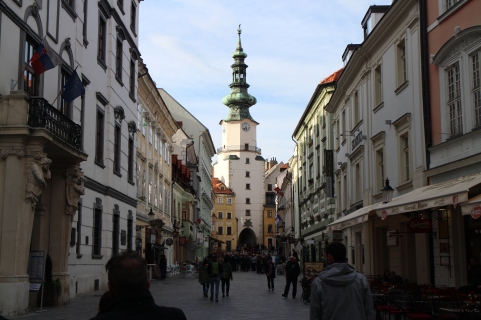 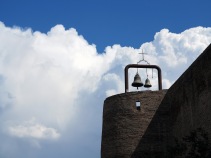 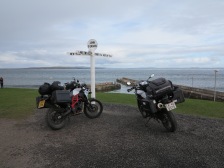 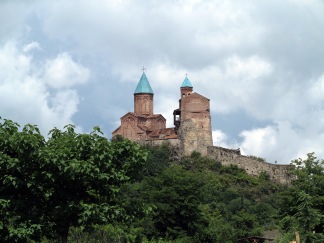 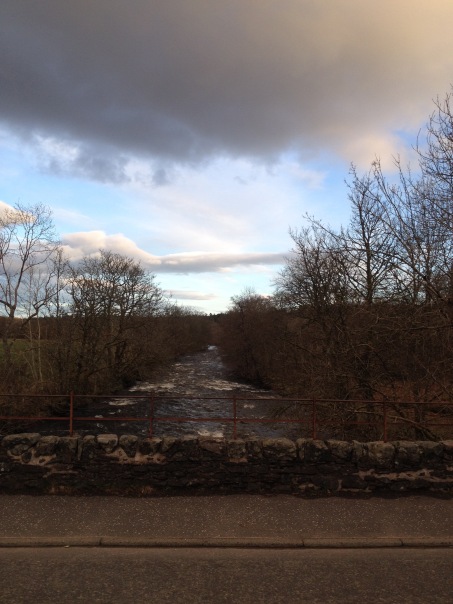 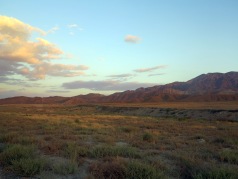 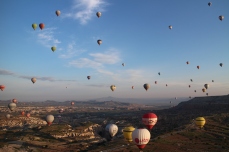 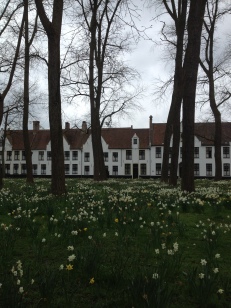 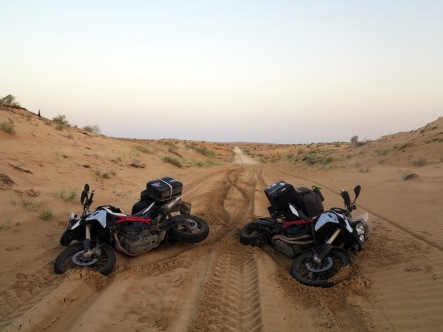 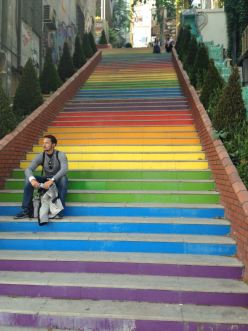